Consequences, second edition, the Criminal Case of David Parker Ray, by J.E. Sparks.
This book is NOW available for purchase from various outlets including this website. Retail price $14.95 plus tax and S&H if applicable. To receive an autographed copy, purchase it directly from this website. ORDER NOW!

The author is available for speaking engagements. Contact Us

Enchanted Lands, New Mexico, by Jan Girand, is a small coffee table book that colorfully depicts New Mexico by poem and colored photos. It is available for purchase from various outlets, including this website. Retail price is $15, plus tax and S&H if applicable. ORDER NOW!

PastWord, Access Yesterday, the Era of Billy the Kid, edited by Jan Girand, has short non-fiction articles by various writers, including Jan Girand, about historical characters and events in New Mexico during the 1800s. Retail price is $15, plus tax and S&H if applicable. ORDER NOW!

Laumbachs in New Mexico, and Those Who Went Before in Germany, Iowa and New Mexico, by Jan Girand, with contributions by others, is a non-fiction book about a pioneer family in northern New Mexico. This family arrived in America from Schleswig-Holstein in 1856 and settled in Iowa. In October 1859, their eldest son arrived in northern New Mexico, settled in the Mora Valley, where he married a local woman; her Hispanic family had lived in that area for hundreds of years. From their union have ultimately come many New Mexico descendants. A section of the book, contributed by Pete Laumbach, spans earlier generations in Germany. This book contains vintage photos, maps, a section with detailed genealogy by Charles O. Sanders, who also provided additional genealogical information and vintage material. It also includes portions of actual vintage court transcripts. This very large book, 640 pages, was published by YellowJacketPress in fall of 2015. It is an excellent example for anyone writing his own family history giving life to people who lived long ago. ORDER NOW! 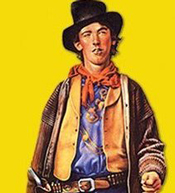 1. Bibiana and her Children, by Jan Girand, is a non-fiction about Bibiana Martin whose life spanned the majority of the 1800s and touched or was touched by many historical events and historical characters of early New Mexico, when the territory belonged to Spain and then Mexico. The lovely daughter of an Hispanic Mora Land Grantee, Bibiana had three passionate loves with wealthy and influential landowners that produced children. All three relationships ultimately ended in tragedy, two involved legal courtroom battles. Bibiana was the matriarch of hundreds of descendents in New Mexico. The book has vintage photos, maps, a section with detailed genealogy by Charles O. Sanders, and copy of an actual vintage court transcript. This book is slated for publication by 2018.

2. A Bonney on the Santa Fe Trail, by Jan Girand, with contributions by others, is a non-fiction about blue-eyed Englishman James Bonney who came to New Mexico when the Santa Fe Trail was first established. He set up a trading post on the Trail and in the fall of 1846, welcomed Kearney and Doniphan when they and their armies passed through, taking New Mexico from Mexico, making it a territory of the United States. Various early journalists on the Trail wrote of him. James Bonney had three relationships, one in Missouri and two in northern New Mexico. This book contains vintage photos, maps, a section with detailed genealogy by Charles O. Sanders and a copy of an actual vintage court transcript.  A work in progress.

3. Roswell Incidents, by Jan Girand, is a fictional novel, mystery genre, set in Roswell New Mexico. A local newspaper reporter gets caught up in a crime with possible international repercussions. The murder victim is a senior law enforcement official from UAE–United Arab Emerites–attending ILEA–International Law Enforcement Academy–classes at Roswell. His body was mysteriously found in Peppermint Park and Zoo. An ILEA instructor adds further intrigue and love interest. A work in progress.

4. BILLY BONNEY IS MY NAME, by Jan Girand
Billy “the Kid” Bonney is perhaps the best internationally known character in USA history. Surrounding his aura is the intriguing hundred-year mystery about his origin and source of the name Bonney he adopted in the last years of his life. This non-fiction book will offer possible answers to his origin and source of his Bonney name with considerable documentation and additional historical information and documents never previously published, including copies of actual court documents, lost for decades, pertaining to Billy Bonney and also the murder of Patrick Garrett. Author hopes to complete this project and publish the book soon.

5. The Year of the Adobe by Jan Girand.
This non-fiction book has two parts.
Part One, The Year of the Adobe, is based upon the muddy saga of newly-weds who, about 25 years ago, embarked upon an adventure. Totally ignorant about constructing anything, they built their own home with bricks of adobe (sun-dried mud) and mud mortar. It is written with a lot of humor and how-to and how-not-to-do thrown into the muddy mix.
In early July 2007, the author’s adobe home suffered a major fire but the adobe walls were undamaged. If constructed of conventional materials, the house and contents–and occupants!–would have been destroyed.
Part Two, Another Year of the Adobe, is based upon the author’s saga of assisting in [the effort of constructing] construction of another adobe home, this time for an elderly California couple. The couple, in their eighties, wanted theirs built completely of natural products, no man-made or industrial products, including no varnishes or paints, no glue, no plywood, no plastics, etc. Even their chemist from California, who’d never been in New Mexico and knew nothing of adobe construction, dictated how the project was to be done. The brick floors were sealed with natural bee’s wax and the interior adobe walls were sealed with milk. Both adobe construction projects had happy endings despite the major players’ ignorance. A work in progress.

6. My Book of Ruth (tenative title) by Jan Girand.
This book is based upon the author’s first-hand experience (because of her aunt) inside a local dismal nursing home, sadly too typical of nursing homes. As baby-boomers come of age, entering and passing into the last stages of their lives, conditions of nursing homes will, and should, become a major interest to millions of Americans. And that should become a focal point of legislators and congressmen to bring about much needed changes. The baby-boomers’ coming of age will create a heightened concern for America’s eldest generation. A work in progress.

7. Bibiana by Jan Girand. Fiction.
Based upon the life of Bibiana Martin, the lovely and spoiled daughter of a Mora Land Grantee. Her life spanned most of the 1800s. Her story involved and was directly touched by many historical events and principal historic characters of early New Mexico while the territory belonged to Spain and then to Mexico. She had three passionate loves with wealthy and influential men that produced children. All three relationships ultimately ended in tragedy, even involved legal courtroom battles. A work in progress.

8. The Adobe Series by Jan Girand.
Fiction, mystery. Each book of this series has the same primary characters: a crime writer and her husband, a federal special agent. Each book features settings somewhere in New Mexico; each of those areas’ early histories, characters and geographical characteristics are woven into the contemporary mystery. The first three of this series, already in progress, are:

a. Adobe Acres — set in the oil fields of southeastern New Mexico. People in the oil patch and nearby areas begin dying, the first one was believed to be by natural causes, but subsequent deaths begin showing signs that all have common links.

b. Adobe Bluffs is set in the high mountain adobe Hispanic villages of northern New Mexico. It features the relatively unknown faith– Penitenties, Los Hemanos de Luz–a centuries-old offshoot faith of the Catholic Church. Its members had been excommunicated by the parent church more than a century ago because it’s followers practiced self-flagellation and crucifixion at Easter. The book begins with the discovery, by a modern-day shepherd, of the naked body of a man nailed to a cross that had been flung over a cliff into a remote canyon. It also involves descendents of early land grantees, and modern disputes over ownership of land that has had no clear title for more than 150 years.

c. Adobe Cliffs is set at Acoma, the Sky City, an Indian pueblo built centuries ago upon the top of a high mesa 7,000 feet above sea level. The army of Francisco Vaquez de Coronado visited Acoma in 1540. Coronado and his army became the first white men to enter the Sky City, with its adobe pueblos three and four stories high, regarded by many at the time as one of the fabled seven cities of Cibola. The San del Rey Mission at Acoma was begun in 1629 under the direction of Friar Juan Ramirez, and completed in 1640. Building the mission was a symbol of peace between the Acomas and Vicenti de Zaldivar’s Spanish troops. All building materials were hand-carried or hauled up the steep slopes of the mesa. The book’s modern mystery involves the historic church and some of its earliest records, recently discovered behind adobe bricks during church renovation. Those records tell of a rich golden treasure hidden and left behind by Spanish Conquistadores.